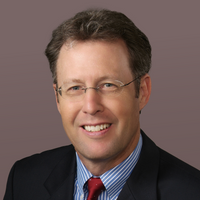 Michael Hall is a Senior Wealth Advisor in Fort Collins, CO. He enjoys helping clients define and achieve their investment goals and objectives. His focus has been on comprehensive wealth management and estate planning as a steppingstone to where the next generation’s financial education and security can be embraced.  He managed his own independent office for 31 years with First Allied Securities (FAS), is insurance licensed, and holds the AIF certification.

Before joining SageView, Michael started his investment banking career at Paine, Webber, Jackson and Curtis in Denver, CO, in 1984, moved to Hanifen, Imhoff Securities from 1987-1991, and his initial office location in 1991 with FAS was in Michigan. In 1999, the family returned to Fort Collins, CO, and continues to work from that office.