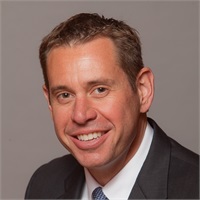 Jon Upham is a Principal at SageView Advisory Group. Jon is an experienced leader with an extensive background in the retirement industry. He has been with SageView since 1999, when the firm had less than $1 billion in AUM and 75 clients. The company has since grown to one of the leading retirement advisory organizations in the United States.

In addition to his client and organizational responsibilities, Jon leads SageView’s West team, which consists of four offices and seven lead consultants. His role is to support their growth while focusing on business development and acquisition efforts. His commitment to grow a world-class team of advisors is born from a desire to satisfy each client through service excellence and a long-term partnership.

Jon is also one of the lead members of SageView’s Not-for-Profit practice, which consists of 13 individuals located throughout the country.

Prior to joining SageView in 1999, Jon worked for an institutional securities trading firm in San Diego, California. He earned a B.A. from the University of Redlands and an M.A. from Concordia University.

As for ministry, Jon finds great joy in counseling, advising and collaborating with others. He is very active in his community and civic organizations.

On the family side, Jon has been married for 17 years to his wife Carrie and has four children. In his down time, he enjoys spending time at the beach or skiing with his family.