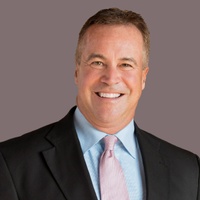 Jim is Managing Director in SageView’s Minneapolis, Minnesota office, with a focus on treating client relationships with a high degree of respect, maintaining a highly ethical & trustworthy staff of financial professionals, and guiding individuals in how to achieve their financial goals. Essentially, he takes on a role similar to being a Chief Retirement Officer (CRO) for the organizations he works for by creating and monitoring comprehensive retirement programs for their team so they can focus on their primary operations.

Jim began his financial career with Citicorp in 1984 which is the same year Purple Rain was released (movie and album) and the first Apple Macintosh computer was introduced. He worked with other large organizations including American Express, US Bank, & RBC Wealth. Jim’s path with the retirement plan space began in 1989, the same year the ‘world wide web’ was invented and the Berlin Wall was torn down. Before joining SageView, Jim was a Partner and Owner at Minnesota-based Channel Financial.

Jim had the privilege to grow up in the shadow of the Corn Palace in Mitchell, SD. From there he went on to attend the University of South Dakota, not only as ‘a’ Coyote but, as ‘the’ Charlie Coyote. Over the years, has spent considerable amount of time on west & east coasts with his Midwest roots firmly planted. Minnesota is now definitely called home. Outside the office (with emphasis on outdoors), you might find Jim on a bicycle, a golf course, on a boat or in the water, or playing hockey with other old guys. Currently, he’s living in the Twin Cities with his wonderful fiancé, Kristi.